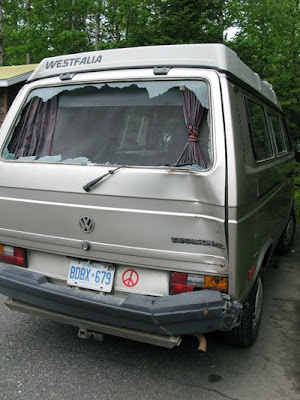 Photo 1: The peace symbol failed to ward off an aggressive tree, which attacked the back of my van. A sheet of plastic and roll of duct tape salvaged the rest of the photo tour.
-----

I just did a 10 day loop through northern Ontario, heading west along the north shore of Lake Superior and then cutting back east/south along Hwy 11 through myriad of small northern towns. This was not a great trip, for several reasons:

1) The weather was crappy for much of my time along the north shore of Superior, an area with some of the finest scenery in Canada.

2) Costly mishap with the van (see photo above).

3) The mosquitoes were unbelievably bad, perhaps the worst I've experienced in Ontario (due to the cool, wet spring). I considered drinking bug spray.

3) My Canon G9 point & shoot camera was sacrificed to appease the photo gods [it fell into beaver pond]. It is now a photo "prop". 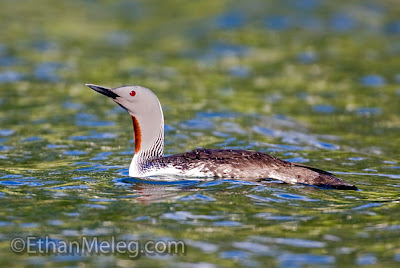 Photo 2: Red-throated Loon in Cochrane, Ontario.
I was surprised to see and get my first photos of this species.
EOS 50D & 500/4IS 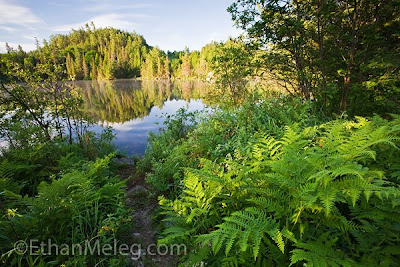 Photo 3: Early morning in the Temagami area (after a night with only 2 hours sleep, due to mosquitoes which found their way into my camper).
EOS 1DsIII, 17-40mm lens; Singh-Ray LB warming polarizer & 2 stop hard edge ND grad 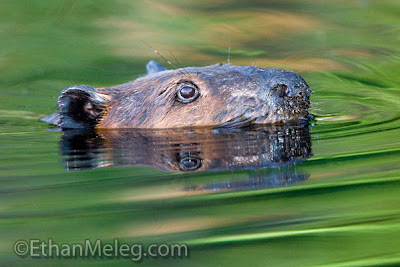 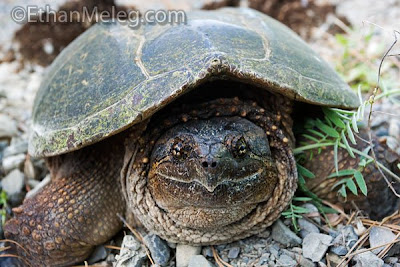 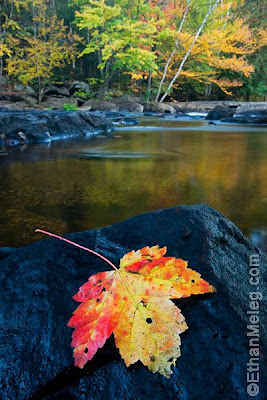 Please join myself and fellow pro photographer Mike Grandmasion for a fall colour photo workshop we're coleading in Algonquin Park. The workshop is sponsored by Outdoor Photography Canada Magazine and is timed to coincide with the peak season of fall colours.

For more information, or to register, visit:
http://www.outdoorphotographycanada.com/workshop.html

Accommodations are at the Algonquin Lakeside Inn, my favourite base for shooting Algonquin Park: http://www.algonquininn.com/

Hope to see you there!
Posted by Ethan Meleg at 8:18 PM 2 comments: 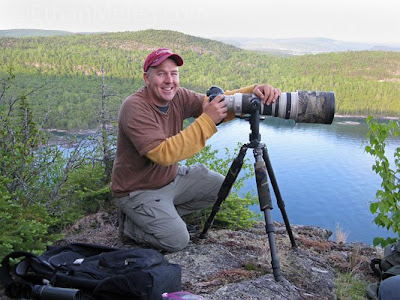 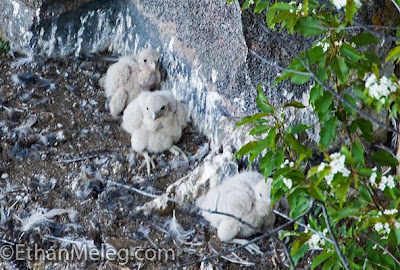 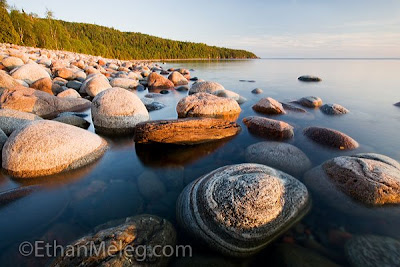 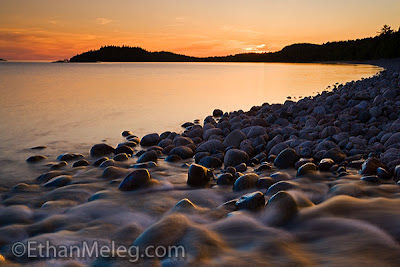 
I'm up on the north shore of Lake Superior - one of my favorite places in Ontario. I arrived yesterday and had a great shoot last night in Lake Superior Provincial Park. The blackflies and mosquitoes are ferocious, but worth enduring for the amazing scenery.

It feels good to be back in the field for some intense shooting and camping out. For the past few weeks I've been tied up with office work & domestic duties which included preparing the van for the next leg of the trip, and getting my camera gear all in order. [that's why blog posts have been scarce]

Will post as often as I'm able to.... though it's difficult to find cellular/internet service up here!
Posted by Ethan Meleg at 12:06 PM 6 comments: 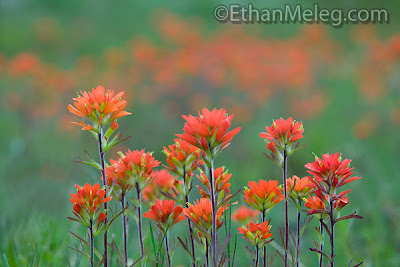 I just finished hosting a wildflower photography workshop this weekend in Tobermory, Ontario. This was the best year for wildflowers I've seen in a decade - the early species were hanging on in pristine condition due to the cool, wet spring... and the expected species popped out with the warm weather in the two days leading up to the workshop. The white variant Calypso Orchid and the dense patches of Indian Paintbrush were highlights for me.

Thanks to the group members - Al & Cathey, Janice, Carolyn, Joseph and Lily... who shared great enthusiasm for the blooms and early mornings. And a huge thanks to my friend and co-leader "111 mile" Ian Brooks (http://www.ianbrooks.net/) , whose knowledge of the Nikon system and penchance for gear is surpassed by few. Thanks Ian! 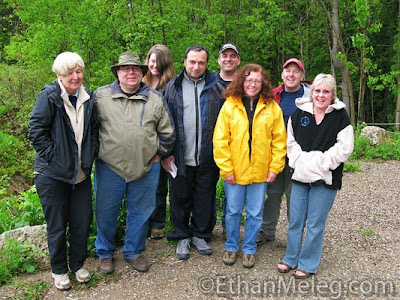 Photo 2: The workshop gang after a great lunch at "A Mermaid's Secret" cafe in Tobermory. 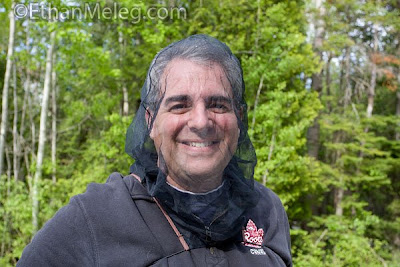 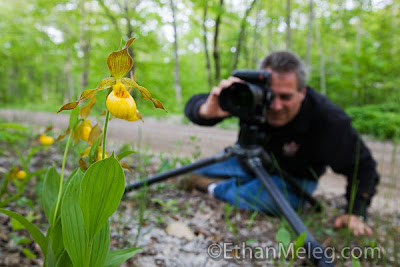 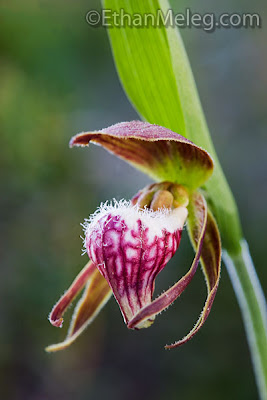 I am alive in Ontario!

I am still alive and can explain the lack of blog posts:
1) Work - I hate to admit it, but I actually had to sit down at a computer and work over the past couple of weeks. I processed hundreds of photos from the trip and prepared several presentations. You know what I think of work? It's overrated!
2) Van - I spent the better part of 3 days this week sitting in VW mechanic shops trying to fix a mysterious sputtering problem with the van. It seems to be working now, but I fully expect someting else to go wrong with it shortly... that's what they do. If I can offer one key piece of advice to you.... don't buy a VW camper van unless you enjoy spending money on repairs or are a master VW mechanic yourself. They are high maintanence vehicles!
3) Wildflowers - I've been scouting and shooting in the Tobermory area in prep for my wildflower photo workshop this weekend. It's an unusually late year for wildflowers.... lots of early species are still out, and the expected species are just starting to bloom. The mix of species are perfect for the workshop!
Here's a couple photos from this week...
Photo 1: Proof I am still alive... that's me this morning at Halfway Log Dump in Bruce Peninsula National Park. My trek out there was good 'photo-therapy' after dumping far too much money on van repairs this week! 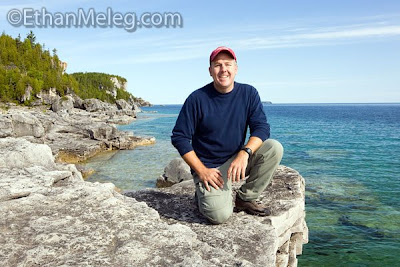 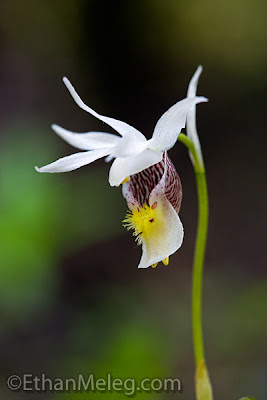 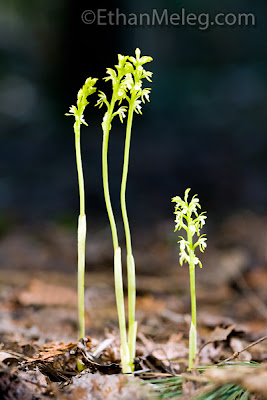 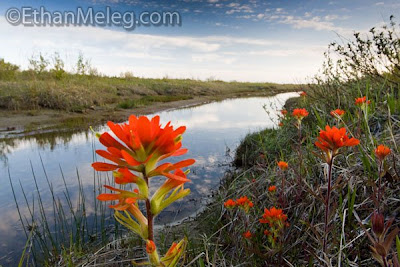