I have three upcoming public presentations over the next few weeks. The first takes place this Thursday night (May 28) in Brampton Ontario.... and it's the premier presentation about my ongoing travel/photo adventure, with tons of never-before seen photos and the stories behind them. If you're interested, check out this link on my website for more information:
http://www.ethanmeleg.com/inpublic.htm

If you make it to one of the presentations, be sure to say hi!

In other news, I'm pleased (actually amazed) to have had over 11,000 different visitors to this blog in the past 6 months. I never dreamed that so many people would visit! I promise lots more posts & new photos to come as my journey continues. Thanks for following!
Posted by Ethan Meleg at 10:46 AM 8 comments:

Weary eyed from too little sleep, we began our birdathon at 2:07am on Thursday morning. The wind was howling, tempering our expectations and enthusiasm. Since we find most of our birds by sound, wind is a serious problem. Fewer birds sing in windy conditions and it's hard to hear them anyway. For the first several hours, we struggled in the darkness to find night birds - they just weren't calling.

Dawn is the critical time on a birdathon - you get the majority of your species in a short window of time because that's when birds are most actively singing. The forecast for Thursday was windy and record hot, so our success at dawn chorus would make or break our day. As it turned out we did well... finding most of the target breeding birds around MacGregor Point Provincial Park. We also lucked into a bunch of birds that are easy to miss. Our mid-morning tally surprised us, we had a chance of breaking our record of 174 species.

I would like to tell you that our luck continued through the afternoon, but the truth is that we hit a complete roadblock mid-day. Battling the high winds, we struggled to find any new birds. All the migrants that had been around earlier in the week had totally cleared out. There were no diving ducks or grebes - or perhaps we missed them in the choppy waters. Our enthusiasm sunk!

Late in the day, the wind dropped (the blackflies became horrific!) which salvaged our day. We picked up a steady stream of new birds in the final few hours. At 10pm, nearly hallucinating from exhaustion (catastrophic sugar crash), we called it a day. Our total was 161 species, which is is our fourth best total from many years of doing the birdathon. Given the hot & windy conditions, we were ecstatic to reach 161. This took 20 hours and 575km of driving.

There were a number of highlights during the day.... watching a red fox catch and kill a watersnake, finding a loggerhead shrike (endangered in Ontario) in an unexpected spot, seeing nesting piping plovers and watching a black bear feeding at dusk.

The most interesting facet of our birdathon is not the birds at all, but my diet. This is my one day a year to put aside all common food sense and eat with reckless abandon. To maintain my uber-birding pace in the absence of sleep, requires a truly foolish diet. Here's what I consumed during the 20 hour marathon: at least 27 mini-powdered donuts, 14 pepperoni sticks, slabs of beef jerky, an entire bag of chocolate peanut butter cups, two dozen cookies, a large bag of chips, half a bag of licorice, 4 cans of pop (sugar-free?!) and two mugs of coffees. How do I avoid sugar crash, you ask? Never stop eating until it's over.

Thanks to my birding buddies Mark Weircinski and John Haselmayer for making the day so much fun and for continually feeding me while I drove. And a huge thanks to all the people who sponsored the birdathon with pledges to Bird Studies Canada!
Posted by Ethan Meleg at 7:21 AM 3 comments:

When there are songbirds around, I find it difficult to photograph anything else! The past week has been quite good for migrants in the Pelee area... and yesterday was one of my all-time best birding days for warblers..... there were tons hanging out on the north end of Pelee Island. Within only an hour or so, I'd found 22 warbler species.

Warblers are my favorite birds to shoot and getting a good photo is no easy task. If I end up with one publishable warbler photo from a day of shooting I consider it a success. This year I have been lucky to find a few cooperative birds. 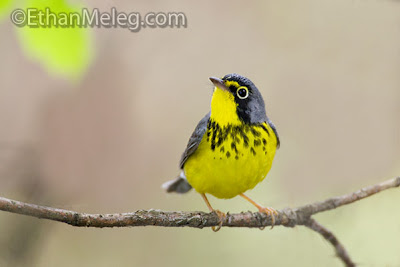 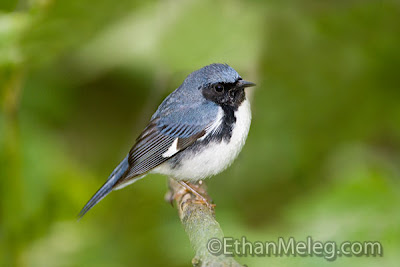 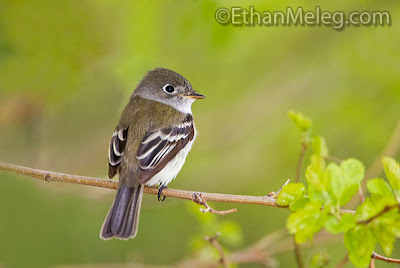 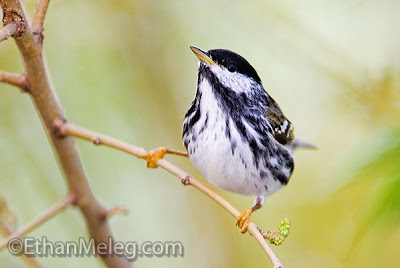 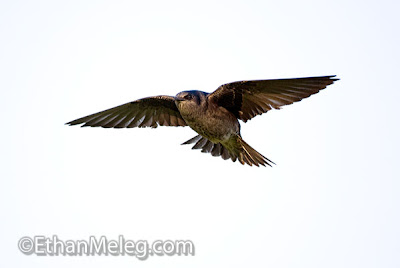 Next Thursday (May 21) I'll be doing an annual Baillie Birdathon fundraising day with my birding buddies Mark Weircinski and John Haselmayer. The day goes like this: we start at around 2am, spend approx 20 straight hours searching for every possible bird species we can find on the Bruce Peninsula, then nearly collapse from exhaustion. Why do we do this, you ask?
1) To raise money for conservation - specifically Bird Studies Canada.
2) We are serious bird geeks.
3) To attempt to break our previous record of 174 species.

How can you help? Please sponsor me for the birdathon with a pledge to Bird Studies Canada. You'll be helping to support research and conservation of birds. Making a pledge is very easy - you can do it all online with a credit card by CLICKING HERE for the birdathon website.

BONUS!!!!! Anyone who pledges $100 or more, can tag along with me on a photo shoot at a mutually convenient time. That's a cheap way of getting some personalized instruction in photography!

After the birdathon, I'll share details of the day here on the blog... including highlights, statistics and funny stories (there are always some!).
Posted by Ethan Meleg at 8:28 AM 1 comment:

There are two spots left for my upcoming wildflower photography workshop in early June on the Bruce Peninsula. This is one of the best places and times to shoot wildflowers in Ontario! The workshop is a chance to learn techniques for making sharp, well-lit and artistic wildflower photos... and to find out where the best spots are! Photos 1 & 2 were taken during my last wildflower workshop - same place, same time of year. Send me a note if you're interested.

Photo 1: Yellow Lady's Slippers (wide angle cluster)
The tour is timed to coincide with the peak blooming period for Yellow Lady Slipper orchids.... we should have a chance to photograph lots of them.... some years there are thousands! 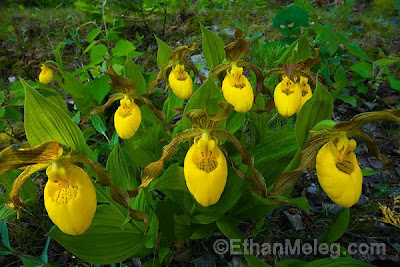 Photo 2: Striped Coralroot
This is one of the more unique-looking orchid species. I used flash and reflectors to create dramatic lighting and isolate the flower from the background. This week I've been focused on shooting backyard bird species at my parents' house in the Pelee area. We developed a great feeder setup with blinds and strategically placed perches. I'm hoping for a good wave of orioles, grosbeaks and buntings to keep me busy!
Photo 3: American Goldfinch on apple blossom branch 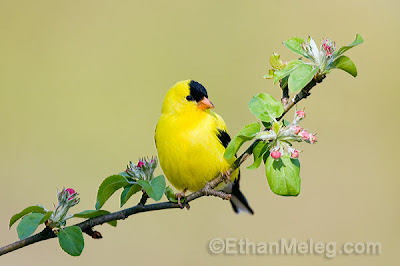 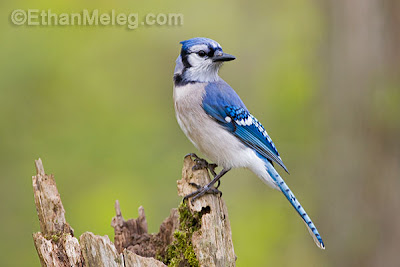 Photo 5: Blue Jay on stump with peanut
I smeared peanut butter on the inside of the stump and stuck peanuts in it, which the Blue Jays love! 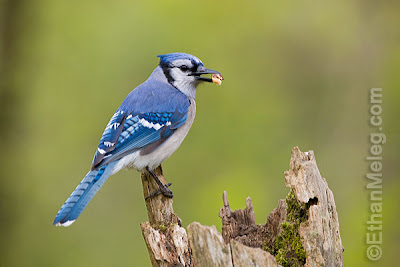 Back in Ontario & more Texas photos 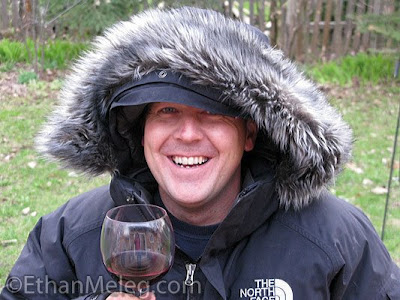 I've been back in Ontario for the past week, mostly hanging out with family & friends as well as catching up on some work. After 6 months of photographing every day, this is a great break - I've barely picked up my camera all week.

The top photo is me at my best-friends place yesterday in Penetanguishene. We stood around the BBQ for a long time and I ended up having to put on a parka to stay warm in the evening. My body has definitely acclimitized to the hotter temps of the southern US! I suppose the liberal amounts of wine we drank may also have contributed by thinning my blood!

Below are a few photos I've caught up on procesing from my last week in Texas. This season is birds, birds, birds.... so I'm well practiced for the arriving migrants here in Ontario. 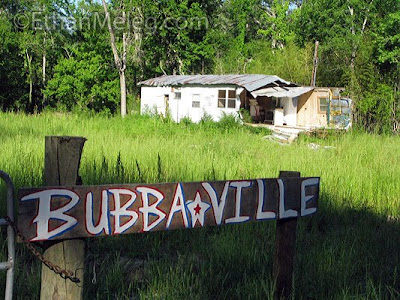 Photo 2: "Bubbaville" eastern Texas
I carry a Canon G9 point & shoot with me pretty much everywhere I go, to quickly capture priceless scenes like this one. 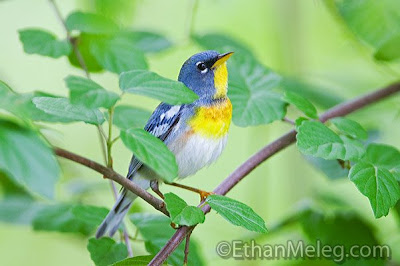 Photo 3: Northern Parula warbler, eastern Texas
I was able to 'better' my shots of this species from a few days earlier (previous blog posting). 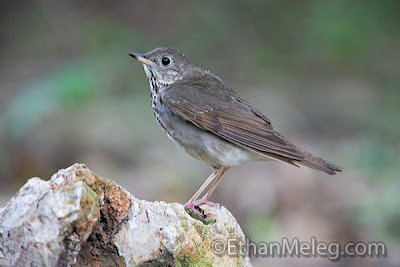 Photo 4: Gray-cheeked Thrush, High Island, TX
This forest-floor skulker is a species I've wanted to shoot this species for a long time! 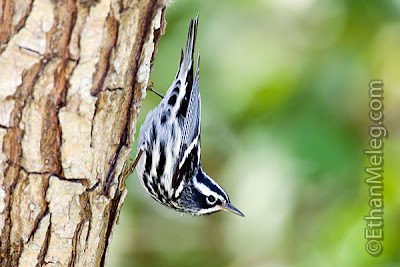 Photo 5: Black-and-white Warbler, Port Aransas, Texas
This is a much better photo than anything I've ever managed to catch in the past. They hardly ever sit still!
All bird photos with the 1DsIII, 500/4IS & 1.4x TC
Posted by Ethan Meleg at 6:27 PM 5 comments: