I am procrastinating right now. Though I should be writing my next column for Outdoor Photography Canada magazine (it's due Oct 1), I find myself nearing the bottom of a great bottle of Spanish red wine and surfing YouTube for live music (it has been a crazy busy couple of weeks, this is my first night off). I am also playing catch up on my blog, hence this post. I've just returned from the peak of fall colors in Algonquin Park... shot some great photos which you'll see in a couple of days. But first, here are photos from a workshop "Best of the Bruce" that I hosted last weekend in partnership with the amazing E'Terra ecolodge.

First, a huge thanks to participants Trina, Tom, Rick, Bruce, Gary and Anne. Thanks also to the sponsors who joined together to make a great contest (that Trina won) for a spot on the tour and an awesome prize package: Canadian Geographic, Ontario Tourism, E'Terra, Sigma, Lens Rentals Canada, Blue Heron Cruises, Bruce Peninsula Helicopters, Lowepro, Coleman and Velbon. [original contest page with links to sponsors here: http://photoclub.canadiangeographic.ca/cg/Contests/otmp2010/default.aspx ]. And lastly a really huge thanks to my friend Canon Rumors Craig, who was supposed to co-lead the workshop and got married instead... but generously promoted the workshop to his audience and instantly filled the remaining spots. Thanks Craig, I owe you a very good bottle of wine in Africa!

Of all the workshops I've ever hosted, we had the best photography weather on this one (so far)! A brief but dramatic sunrise started us off at Halfway Log Dump on Saturday morning, followed by a mind-blowing sunset on Cove Island. Sunday was sunny skies for sunrise at Flowerpot Island and sunset at the Grotto and Indian Head Cove in Bruce Peninsula National Park.

I don't shoot much on my workshops, but couldn't resist a few here and there.... 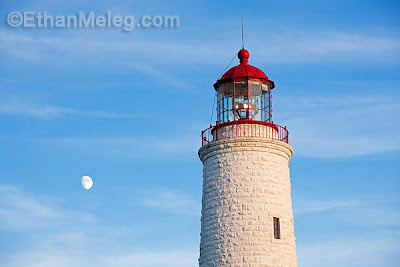 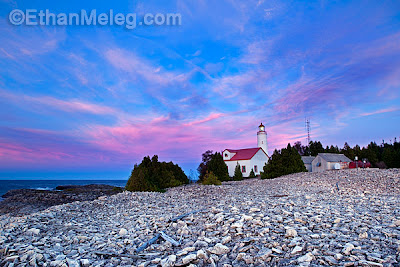 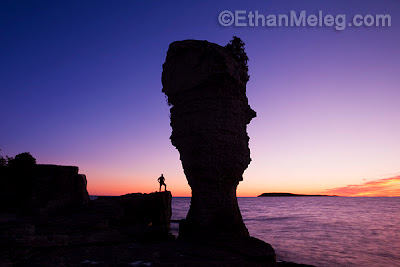 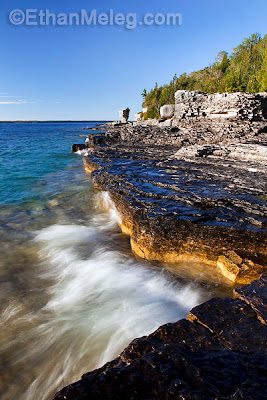 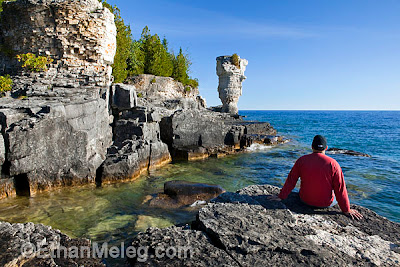