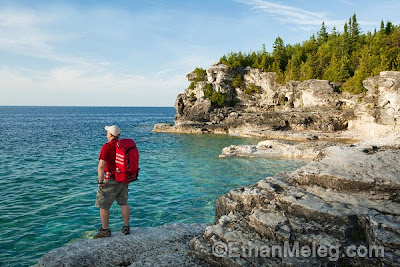 Photo 1 (above): A ravishing model (self portrait) sporting my F-stop Tilopa camera backpack on the shoreline of Georgian Bay in Bruce Peninsula National Park, Ontario.

When the guys at F-stop Gear contacted me to see if I wanted to try one of their packs, I initially brushed them off. I already had a gear room full of camera packs, at least a dozen, and I didn’t really think another would add anything but more clutter.

A few days later, curiosity lead me to the F-stop website and I was pleasantly surprised to see that their packs didn’t look at all like the traditional camera packs I already owned. Intrigued, I called them back and they sent me their Tilopa pack to test drive. That was nearly a year ago and I’ve been using it ever since. In fact, the F-Stop Tilopa has become my every-day camera pack. I’m hoping they don’t call and ask for it back, I’m not giving it up without a fight!

F-Stop’s packs are designed for outdoor adventure-nature type photographers who hike (or ski, snowshoe, dogsled, mountain climb, etc) with their gear. The packs look and fit like a typical hiker’s daypack or small backpack but are fitted with a removable ICU (Internal Camera Unit) to securely hold camera gear. All of my other pro-quality camera packs are bulky and rectangular-ish, which makes them top heavy and clunky for hiking. F-stop is a refreshing new approach to camera pack design. As a photographer who hikes often, and sometimes long distances to get to my shooting locations, I'm shocked to now know what I was missing before owning (hoarding?) an F-stop pack! 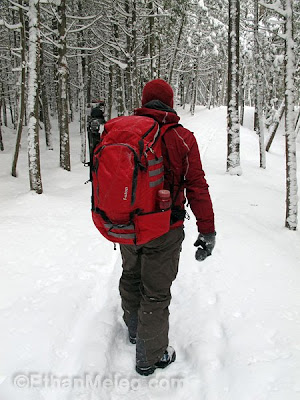 Photo 2 (above): The F-stop pack in action, that's me on a recent winter photo hike.

What I like most about the F-stop pack:
1. It’s comfortable on long hikes due to an excellent harness system, padding and weight distribution. In my opinion, this is the very best camera pack on the market for hiking.

2. It doesn’t look like a camera pack so potential thieves won’t suspect that it’s full of expensive gear. It also doubles as a great prop in hiking photos, which is why I chose a red one. They refer to this color as "Cranberry". I wish they'd butch-up and rename it "kick-ass red".

3. There’s room in the pack for other gear (clothing, food, etc). Several secure zippered compartments are perfect for small accessories like car keys, a GPS or cellphone.

4. Interchangeable ICUs of various sizes make it easy to customize the pack according to the gear you need to carry. I have both a large and extra-large ICU. They fit plenty of gear and are deep enough to fit pro bodies. See photo 4 at bottom.

5. The ICUs are great on their own for shooting out of a car or in a studio.

6. You can access your gear in the ICU through a zippered hatch on the back of the pack. With the pack on the ground (or snow, see photo 3 below) your gear and the camera harness stays clean and dry.

7. Outer side pouches and quick-release straps make it easy to attach a tripod to the pack.

8. The pack is high quality; mine has stood up to months of heavy use and it's still in great condition.

9. Take the ICU out and you have a great backpack for carrying groceries or smuggling souvenirs across the border, if that's what you're into.

Ideas for improvement:
[Note: the guys at F-stop told me these have already been fixed in updates to the pack since I received mine]
1. The dividers in the ICU need Velcro on both sides for greater customization.
2. The ICU needs to fit the pack better when accessing it from the rear hatch (the frame gets in the way a bit).

So what's the bottom line?
There's no better camera pack for an outdoor/nature photographer who hikes with their gear. I love the Tilopa and just ordered the smaller "Loka" as an additional pack for short treks and around-the-town shooting.

If you bump into me in the field, be sure to check out my "Cranberry" Tilopa. If you're the folks from F-stop and you want your pack back, I'll already be around the next bend! 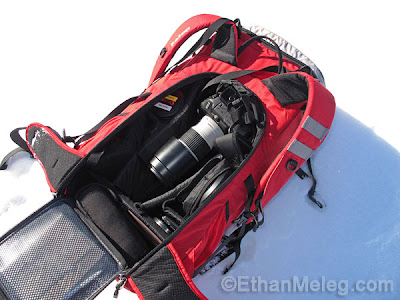 Photo 3 (above): The back hatch of pack opens for easy access to camera gear in the ICU. 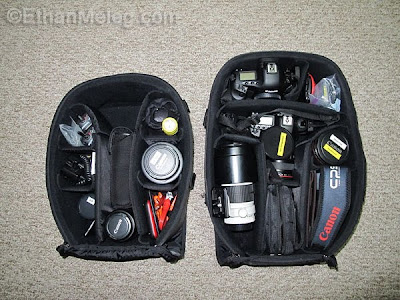 Photo 4 (above): The interchangeable ICUs (Internal Camera Unit) loaded with gear. That's a large on the left and extra-large on the right. I often use them just like this if I'm shooting from my car or in studio.
Posted by Ethan Meleg at 9:06 PM