Photos of Northern Cardinals are perpetually good sellers. No surprise, this a beautiful and familiar bird to people across much of North America. I photographed these in central Texas yesterday, using a 1DsIII with a 500/4IS lens & 2x convertor. I chose to use this camera body over the 50D because I was working at fairly close range with birds landing on predictable perches (so I could prefocus). In low light - like these were shot in - the file quality of the 1DsIII appears much better than the 50D.

I sat virtually motionless on the ground near the feeding station for 6 hours to get these and several other species that were coming in. Unfortunately at the end of the day I found a tick crawling up my shorts and thankfully removed it before it had a chance to embed itself. While I admire the survival adaptations of ticks, I prefer not to be the parisitized host! 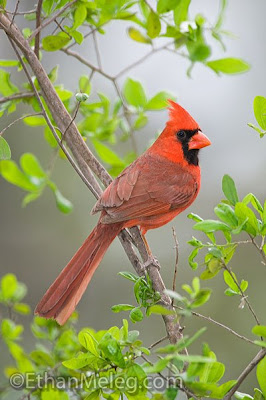 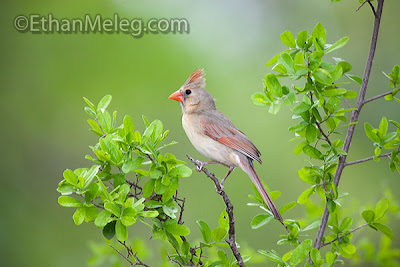