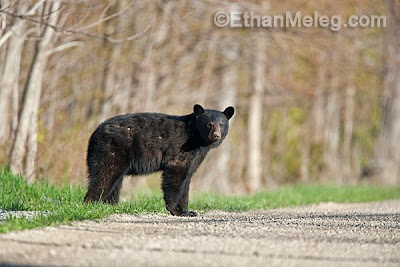 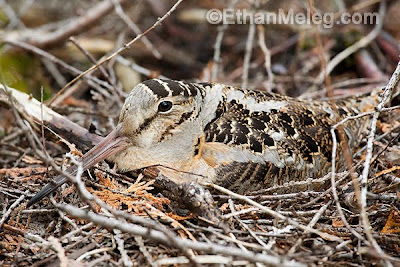 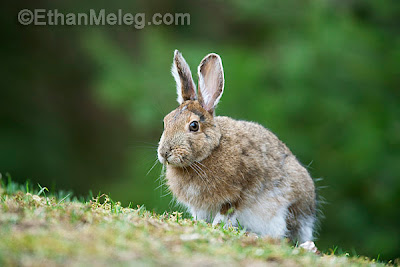 My face on a Singh-Ray filter (with Canon G11) 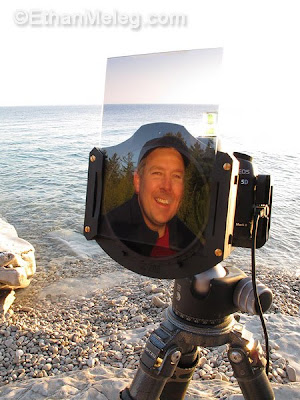 I carry a point & shoot camera with me pretty much everywhere I go and find it especially useful for capturing behind-the-scenes shots when I'm out photographing. My latest p&s is a Canon G11, which has surprisingly good file quality for a compact camera. I've only had it for a few weeks and already love it.

The other morning I was out photographing the shoreline in Bruce Peninsula National Park to test out a new Singh-Ray Z-pro sized sprocket LB polarizer (it's fantastic!). While getting a few images of the filter setup,  I noticed the reflection of my face on the ND grad. I quickly passed the camera to my friend who caught this creative portrait of me!
Posted by Ethan Meleg at 7:50 AM 4 comments:

Local landscapes and playing with the Canon 800mm f/5.6

I've been shooting a grab bag of images over the last week. First, I received a new Singh-Ray filter... an LB warming polarizer sprocket type to fit a Z-pro holder. This filter is very welcome in my camera bag. It allows me to shoot wide angle photos using a Z-pro filter holder which is large enough to avoid vignetting, yet still fits my Singh-Ray 4x6" ND grads (rather than hand-holding them). The first photo below is a teaser with this combo; expect to see a full report soon. 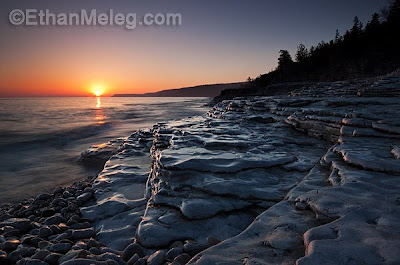 My friends have just opened a lens rental business called Lens Rentals Canada. They have an incredible selection of pro lenses (mostly Canon, but a few Nikon too) ranging from super-telephotos and medium-telephotos, to tilt-shifts and wide-angle. They ship them all across the country. I'm lucky to close by (the business is based out of FotoArt camera store in Owen Sound, Ontario - the place I buy most of my camera gear). I couldn't resist picking up the new Canon 800mm f/5.6 supertelephoto for a few days. Holy cow, it is the mother of all lenses... a dreamy piece of glass!!!
Photo 2 (below): That's me shooting with the Canon 800mm f/5.6 lens. I set up the photo, sucked in my gut and my friend Craig Blair (of http://www.canonrumors.com/ notoriety) clicked the shutter.
Canon EOS 5D mark II; EF 70-200mm f/4 lens 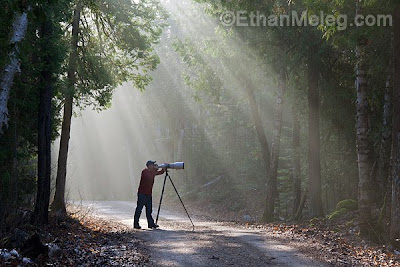 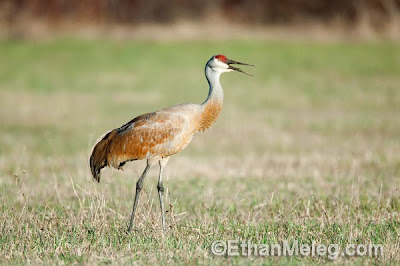 I was hanging at the local sewage pond (no kidding, isn't nature photography glamorous?) and was frustrated that these scaup were on the opposite side of the pond. Just for fun I decided to try calling them in with my iPod (playing their call) and they instantly flew over to me. I photographed them full frame out of my car window, with my lens resting on the Blubb beanbag. 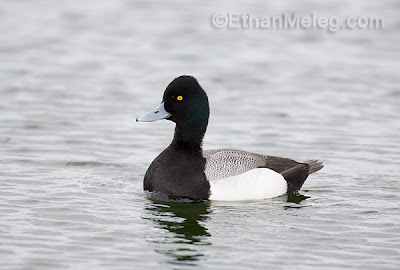 I'm about to have my website redesigned... big bucks, professional designer and all. My goal is simple... to have one of the best, most kick ass photography sites on the net!

I've been searching out other sites for inspiration. What are your favourite websites? And why? Please share them here. Productive tips will lead to gratuitous praise and good karma!

My friend in Ottawa (Ontario, Canada) has two used tripods for sale... both have been well cared for. Contact him directly if you are interested. His name is Bhupendra and his email is  bvsingh@lightoncanvas.com

If you don't own a carbon fiber tripod, you don't know what you're missing! This is a chance to upgrade at a really good deal, so contact him quickly before someone beats you to it. Here's the info he sent me about them:

Tripod 1: Gitzo 1548
Known for its stiffness and weight carrying capacity. This is a big tripod, rock solid, even in a strong wind, ideal for your Supertelephoto. This is the one I left my Wimberley II on full time. Comes with wrench to dis-assemble it. All legs were always covered with padding for ease of carrying, and therefore are in good condition. Price $300 cdn. Buyer pays for shipping.

Tripod 2: Benro c-458n6
Nearly new tripod, very rarely used. This tripod had a small compass, which fell off and there is a minor scratch on the top metal part, happened when two tripods were put together in the trunk. Bought it for travel. Price $350 cdn.  Also have additional small central column for using it with long lenses, asking $50 for it. Buyer pays shipping. Comes with carrying case, rubber & spike legs and  tools.
Posted by Ethan Meleg at 9:35 PM No comments:

After my previous icicle shoot (see last blog post), I went back a couple days later to photograph the last of them before they had melted. I hiked out in the dark to be on location and setup for the sunrise-through-icicles photos I had in my mind. In the first photo (below) the sun was barely up, so I used a splash of fill-flash to light up the icicles. A few minutes later when the sun was higher, there was plenty of warm light shining through the icicles to reveal  the detail of their texture.
Both photos were taken with an EOS 5D mark II, EF 24-70/2.8 lens; Singh-Ray L ColorCombo polarizer. 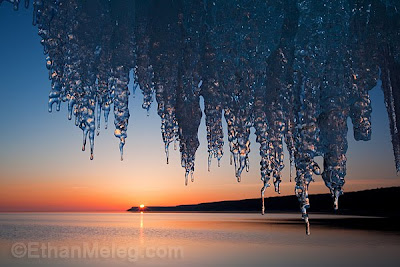 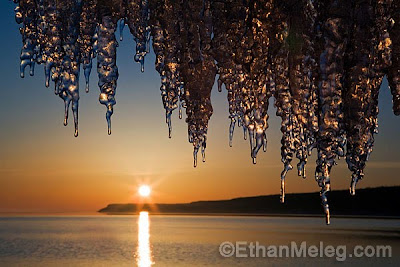